Feedback
Previous What Are Descriptive Adjectives And How Do You Use Them? Next What Is An Adjective? Definition And Examples

Adjectives are one of the most exciting parts of speech that we have. Without adjectives, you wouldn’t be able to tell your friends which movies are great and which are overrated. Adjectives also allow us to describe ourselves as being amazing, incredible, fantastic, and—of course—humble. Most importantly, adjectives let us explain the difference between funny memes and bad ones.

What is an adjective?

We are going to look at types of adjectives that we commonly use in everyday writing and speech. Before we do, though, there are a couple things we need to address first.

Unlike nouns and verbs, the types of adjectives are not as strictly defined. For this reason, style guides and grammar resources may not consider some of the types of adjectives you are about to learn about to actually be adjectives at all. In particular, a style guide may consider words that act as possessives, demonstratives, interrogatives, and quantifiers to either be their own parts of speech or a type of word known as determiners, which also often includes articles. While we will treat these words as adjectives, you shouldn’t be surprised if you see them referred to as a different part of speech.

We are going to briefly examine 13 different types of adjectives. If you’d like to learn about each type of adjective in more detail, you can check out all of our amazing guides to the different kinds of adjectives!

After you’ve reviewed the adjectives here (or if you’re already an adjective expert), take this quiz to see how much you’ve learned!

Understand the difference between subjects and predicates here.

Take part in this discussion on the forms and uses of participles if you want to learn more. 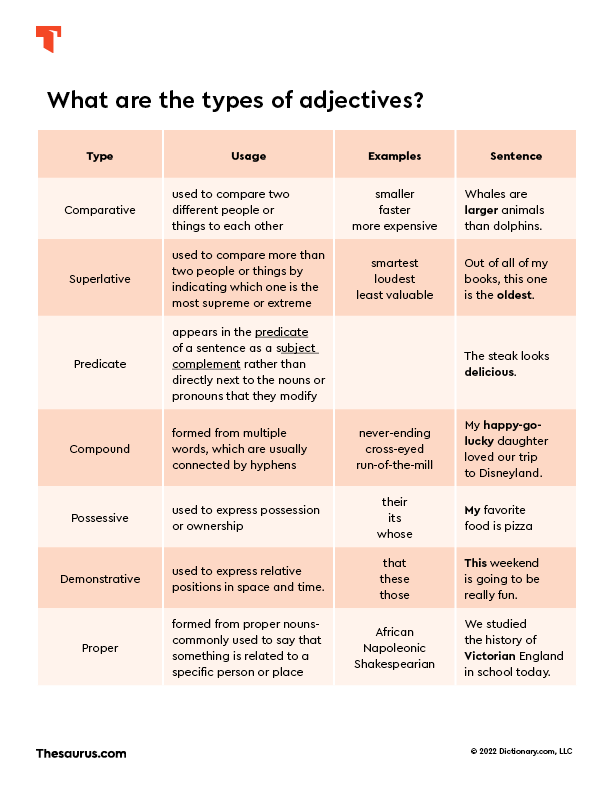 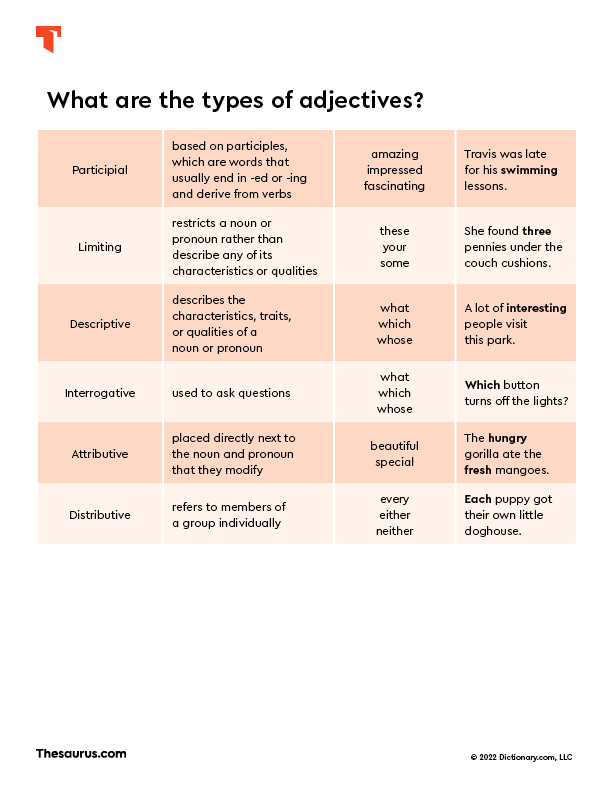 Demonstrate your adjective skills by taking this quiz!

All the adjectives, none of the errors

You won’t mistake your adjectives again when you check your writing on Thesaurus.com’s Grammar Coach™. This writing tool uses machine learning technology uniquely designed to catch grammar and spelling errors. Its Synonym Swap will find the best nouns, adjectives, and more to help say what you really mean, guiding you toward clearer, stronger, writing.

Give your writing some energy with this breakdown on 12 basic verb tenses. Yes, 12!

Previous What Are Descriptive Adjectives And How Do You Use Them? Next What Is An Adjective? Definition And Examples
RELATED POSTS 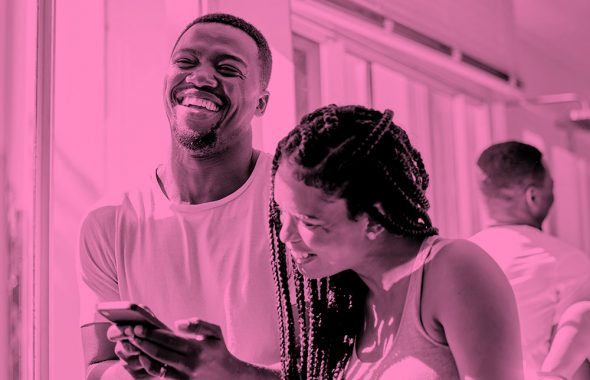 Home / Grammar / 13 Types Of Adjectives And How To Use Them