Feedback
Previous Appreciate Yourself And Others More With 22 Words Of Affirmation For 2022 Next What Are Open-Ended Questions? Learn How To Use Them Effectively

Martin Luther King Jr. (1929-1968) was a civil rights leader and Baptist minister who not only organized for change but importantly inspired the movement with his forceful and captivating language. His speeches and essays continue to inspire people today to fight for racial and economic equality. In 1983, the third Monday of January was declared Martin Luther King, Jr., Day, a federal holiday, in recognition of his importance in the civil rights movement. However, its passage was hotly contested, and it wasn’t until 2000 that all 50 states observed Martin Luther King Jr. Day.

For many people, Martin Luther King Jr. Day is a day of community service. It is also an excellent opportunity to revisit the words of the man himself. We are going to look at some of Martin Luther King’s most enduring quotes and break down what the key terms mean.

I say to you today, my friends, so even though we face the difficulties of today and tomorrow, I still have a dream. It is a dream deeply rooted in the American dream. I have a dream that one day this nation will rise up and live out the true meaning of its creed: “we hold these truths to be self-evident, that all men are created equal.”
—“I Have a Dream,” 1963

One of the Martin Luther King Jr. quotes most people are familiar with is from the “I Have a Dream” speech, which was given during the March on Washington for Jobs and Freedom on August 28, 1963.

In this quote, King references the creed of the United States. A creed is “any system or codification of belief or of opinion.” Creed is most often used to describe a religious system of belief. Here, King cites the second sentence of the Declaration of Independence (“we hold these truths to be self-evident, that all men are created equal”) as a description of the creed, or core belief, of the United States.

White America must recognize that justice for Black people cannot be achieved without radical changes in the structure of our society.
—“A Testament of Hope,” 1968

King says that radical changes are required. Radical has a variety of meanings, but here it means “favoring drastic political, economic, or social reforms.” Radical comes from the Late Latin rādīcālis, meaning “having roots, forming roots.” In other words, King is saying that American society needs to change down to its roots in order to achieve racial justice.

Make an impact in whatever you do using these impactful words as motivation.

What is needed is a realization that power without love is reckless and abusive, and love without power is sentimental and anemic.
—“Where Do We Go From Here?”, 1967

King was a proponent of nonviolent action. In many of his speeches, like “Where Do We Go From Here?”, he explains how and why nonviolence is an important tool for social change.

Anemic is a term from pathology meaning “affected with anemia; having a deficiency of the hemoglobin, often accompanied by a reduced number of red blood cells.” However, anemic is often used figuratively to mean “lacking power, vigor, vitality, or colorfulness; listless; weak.”

There comes a time when one must take a position that is neither safe, nor politic, nor popular, but he must take it because conscience tells him it is right.
—“A Proper Sense of Priorities,” 1968

King was a moral leader and he encouraged others to take bold positions on racial and economic justice.

You are most likely familiar with the word politics, with an -s at the end, meaning “political affairs.” However, you may be less familiar with the singular form of the word, politic. Politic is an adjective meaning “shrewd or prudent in practical matters; tactful; diplomatic.” Essentially, King is encouraging people to do the right thing even if it isn’t the most tactful thing to do.

Every man must decide whether he will walk in the light of creative altruism or in the darkness of destructive selfishness.
—as quoted in The Words of Martin Luther King, Jr. by Coretta Scott King, 2011

The following quote, from a sermon King delivered in 1967, is another example of how he used language to encourage people to do the right thing.

King here contrasts altruism with selfishness. Altruism is “the principle or practice of unselfish concern for or devotion to the welfare of others.” The word altruism comes from Latin through French and literally means roughly “other-ism.” It was popularized by the 19th-century philosopher Auguste Comte, who contrasted it with egoism.

I believe that unarmed truth and unconditional love will have the final word in reality. This is why right temporarily defeated is stronger than evil triumphant.
—Nobel Peace Prize acceptance speech, 1964

One of the most moving speeches given by King was when he accepted the Nobel Peace Prize in 1964. He spoke of the challenges Black and poor people face in the United States, but also of the hope he had for the future.

You may have come across the phrase “unconditional love” before, but what does it really mean? Unconditional is an adjective meaning “without conditions, absolute.” Essentially, an unconditional love does not require the object of that love to act in a certain way or to meet certain requirements—it continues on no matter what.

True compassion is more than flinging a coin to a beggar; it is not haphazard and superficial. It comes to see that an edifice which produces beggars needs restructuring.
—“Beyond Vietnam: A Time to Break Silence,” 1967

King made the point over and over again that in order for society to improve, we need to make structural changes; it would not be enough just for individuals to do the right thing.

The word haphazard means “characterized by lack of order or planning, by irregularity, or by randomness; determined by or dependent on chance; aimless.” Haphazard is made of two parts: hap, which means “one’s luck or lot” and hazard, which means “chance; uncertainty.” Essentially, haphazard means “based on luck.” King is saying that true compassion or care is not random, it addresses structural issues consistently.

Nothing in the world is more dangerous than sincere ignorance and conscientious stupidity.
—Strength to Love, 1963

King gave many hopeful speeches, but he also was blunt about the challenges that the civil rights movement faced in combating its opponents and convincing others to join the cause.

You likely know what “stupidity” is, but what does it mean to be conscientious about it? Conscientious generally means “controlled by or done according to one’s inner sense of what is right; principled.” It is most often used to describe someone who believes they are doing the right thing, as in the phrase conscientious objector. Here, King uses the word in an unusual and attention-grabbing way by saying that people who believe the right thing to do is to be stupid are dangerous.

The past is prophetic in that it asserts loudly that wars are poor chisels for carving out peaceful tomorrows.
—“The Vietnam War,” 1967

Towards the end of his life, King started to speak out more forcefully against the Vietnam War. He felt that America should have supported the Viet Cong instead of the French colonial power, and he worried that the war abroad would result in greater violence in the United States.

As we have noted, King was a Baptist minister, so it is perhaps unsurprising that he talks about something being prophetic. Prophetic means “predictive,” in the sense of “of the nature of or containing prophecy.” King points to history to say that the war in Vietnam is unlikely to create peace.

The deep rumbling of discontent that we hear today is the thunder of disinherited masses, rising from dungeons of oppression to the bright hills of freedom, in one majestic chorus the rising masses singing, in the words of our freedom song, “Ain’t gonna let nobody turn us around.”
—”Nobel Lecture,” 1964

King was in many ways the voice of the civil rights movement. In this quote, he talks about his vision of the movement.

Disinherit is a legal term meaning “to exclude from inheritance.” It is often used more generally to describe being excluded or estranged from one’s family. In this quote, however, King is using the word to mean “to deprive of a heritage, country, right, privilege, etc.” The “disinherited masses” he is referring to are the Black, poor, and others discriminated against in the United States and around the world. The final quote “Ain’t gonna let nobody turn us around” is a line from a Black spiritual and civil rights protest song popular at the time in the movement.

Martin Luther King Jr.’s words speak to us across space and time, reminding us to be brave, righteous, and dedicated in our fight for racial and economic justice. We hope you now understand his language and ideas a little more. To test your linguistic mettle, we’ve put together a short quiz on these quotes and the words that power them. Or, for more on Martin Luther King’s legacy, you can learn more about his “I Have A Dream” speech here.

Previous Appreciate Yourself And Others More With 22 Words Of Affirmation For 2022 Next What Are Open-Ended Questions? Learn How To Use Them Effectively
RELATED POSTS 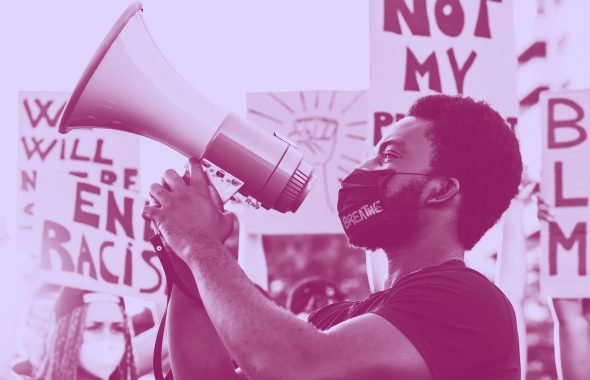 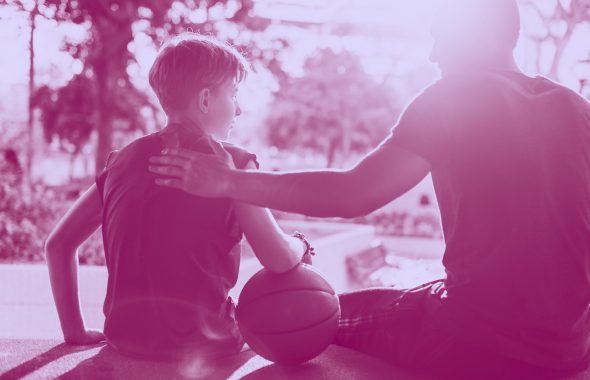