If you’re already a noun expert (and guess what, if you can read this, you really already are!), you probably know that the words friend and friendship are both nouns. However, each of these words is an example of two distinct types of nouns that we use: concrete nouns and abstract nouns.

Abstract nouns are used to refer to everything else. Intangible things that exist as ideas or concepts are referred to by abstract nouns. Words like sadness, agility, philosophy, and ambitions are all abstract nouns.

Let’s look closer at these two types of nouns to see if we can understand their differences.

Of the two, concrete nouns are more common and are, generally, easier to understand. If you can use any of your five senses to interact with something, that something will be referred to by a concrete noun. Although you cannot see air, you can still feel it and so the word air is a concrete noun. Even extremely small things like bacteria and atoms use concrete nouns.

There is one other thing to keep in mind about concrete nouns that isn’t obvious. Fictional or imaginary people, places, and things are also often referred to by concrete nouns. For example, the words Godzilla, Narnia, and fairy are all concrete nouns. Obviously, none of these things actually exist—sorry, Godzilla fans! However, as the logic goes (you know how grammarians love their logic), they would all have a physical form if they did exist, and so we refer to these things using concrete nouns.

If you’re looking for more detail on the subject, you can learn more about concrete nouns in our in-depth analysis of them here.

Abstract nouns are a bit trickier to understand. As we’ve said, nouns can refer to people, places, and things. When we say “things,” we don’t only mean physical objects but also intangible things like emotions, ideas, concepts, and beliefs. We use abstract nouns to refer to things that don’t have a physical form but exist as ideas or concepts. For example, we use abstract nouns to refer to emotions. Although we often say that we “feel” sadness or anger, we can’t actually touch these things with our hands. You can’t see, hear, smell, taste, or touch sadness. You can see or hear a person that is feeling sad but sadness itself doesn’t exist as an actual object that we can eat or buy from a store.

If you are still struggling to wrap your head around abstract nouns, some examples should help. As you read these words, you will see that none of these things can be experienced with any of the five senses.

How to use concrete and abstract nouns

When it comes to using concrete and abstract nouns, things are very simple. Neither of these two types of nouns have any special rules that are unique to them. If a concrete noun is at the beginning of a sentence, capitalize it. If an abstract noun is also a proper noun, capitalize it. If the concrete noun is a plural noun, use a plural verb. Concrete and abstract nouns don’t have any special grammar rules you need to worry about. Instead, you should see what other type of noun the word is and follow the rules that apply to that specific type of noun.

One way to tell if something is a concrete or abstract noun is to rely on your five senses. If the noun is referring to something you can see, smell, hear, taste, or touch, it is a concrete noun. If the noun is referring to a fictional person or thing that could be seen, smelled, heard, tasted, or touched if it were real, it is a concrete noun. Otherwise, you are looking at an abstract noun. In general, concrete nouns include the names for people, places, living things, and tangible objects. Abstract nouns, on the other hand, include the names for emotions, ideas, beliefs, concepts, and things you can’t touch.

A useful tip for identifying abstract nouns is that many of them are nouns formed from adjectives. Adjectives refer to qualities or attributes rather than physical things and so it would make sense that nouns formed from them wouldn’t refer to physical things either. Keeping this in mind, you can easily tell that words like clumsiness, shyness, cruelty, and intensity are all abstract nouns. You might notice that all of these words end in certain suffixes that indicate that they are abstract nouns. These suffixes are a big hint that a word is an abstract noun, so let’s take a moment to learn more about them.

English has a lot of suffixes that are often used to form abstract nouns. Some of the more common ones include:

Let’s see if you have a good understanding of the difference between concrete and abstract nouns. Read each of the following nouns and see if you can correctly name each one as a concrete noun or abstract noun.

We’ve got a noun for you: genius! And that’s what you’ll be when you check your writing on Thesaurus.com’s Grammar Coach™. This writing tool uses machine learning technology uniquely designed to catch grammar and spelling errors. Its Synonym Swap will find the best nouns, adjectives, and more to help say what you really mean, guiding you toward clearer, stronger, writing.

Whether you’re writing about a person, place, or thing, start writing smarter today!

Take this quiz to see how well you understand the difference between abstract and concrete nouns.

whether concrete or abstract, which words need to have accent marks? Read on to learn! 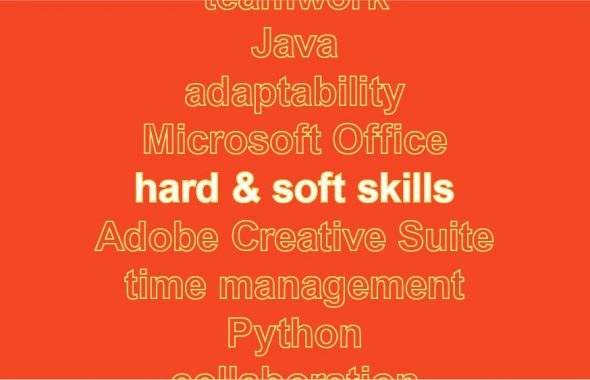