It’s hard to think of a more overused, vanilla word than nice. Not that there’s anything wrong with vanilla, especially if sprinkles are involved! But when there’s a whole world of other choices, it’s good to have some options in your vocabulary—some may even be twice as nice.

Also, it’s worth considering that when we describe someone or something as nice, that’s not exactly what we mean. We may be hedging around our real feelings or mean something else entirely.

The not-so-nice origins of the word

An adjective, nice is defined as “pleasing; agreeable; delightful.” All of which are great synonyms for the word. The funny thing is that the word’s origins aren’t all that nice at all.

Nice, it turns out, began as a negative term derived from the Latin nescius, meaning “unaware, ignorant.” This sense of “ignorant” was carried over into English when the word was first borrowed (via French) in the early 1300s. And for almost a century, nice was used to characterize a “stupid, ignorant, or foolish” person.

However, by the 1400s, a new, more neutral sense of nice was emerging. Nice began to refer to “a person who was finely dressed, someone who was scrupulous, or something that was precise or fussy.”

By the late 1500s, nice was further softening, describing something as “refined, culture,” especially used of polite society. And from there, nice evolved into our go-to, catch-all term for anything, well, nice.

Let’s turn our attention back to synonyms: what other choices do you have that may be nicer than nice? Let’s take a look.

Instead of teaching our kids to be nice, what we really want to teach them is to be kind. Kind is different than nice because it involves empathy and caring about others. It’s not just about being polite, but it’s having “a good or benevolent nature or disposition, as a person.”

This is an old word, with first evidence of it appearing before the year 900. It stems from the Old English word gecynde, meaning “natural, genial.”

Being polite is about following etiquette rules (saying “please,” “thank you,” and “yes, ma’am”) and not being rude. And while you may come off as nice, being polite isn’t always an indicator of someone’s actual nature. Take Eddie Haskell from the ’50s sitcom Leave It to Beaver. He was as polite and nice as could be on the surface, but a troublemaker when no one was looking. Or if that’s way before your time, and you’re thinking “Eddie, who?!,” think about it this way: you may force yourself to be polite to your annoying, brown-nosing coworker when you really feel like stomping on their toes. (Not nice!)

The word is found around 1400–50 and is derived from the Latin word pol?re, meaning “to polish.”

Sometimes when we’re trying to be polite, we describe someone or something as “nice” to avoid saying something is not blowing our socks off or it’s mundane. We can’t think of anything nice to say, so we say … “nice.”

Mundane is defined as “common; ordinary; banal; unimaginative.” So, while you probably don’t want to tell Grandma Gertie you find the gift she gave you “mundane,” if someone’s asking you for a recommendation about a restaurant you recently visited, this word will give them a better idea of what they might expect than “nice.”

Mundane is first recorded around 1425–75 and stems from the Latin word mundus (“world“).

Often when we say something or someone is “nice,” a better word might be nondescript, which means “of no recognized, definite, or particular type or kind.” It means we’re not sure how to categorize them, that there’s nothing that really stands out about that person or thing. Being nondescript is a good thing if you’re a private eye, but probably not so much if the word is being used to describe a piece of art or person you just met.

Nondescript is ultimately derived from the Latin word d?scr?bere. It is found in English around 1675–85.

If you’re in a new or uncomfortable situation, it’s always nice to see a friendly face. Someone who is friendly does more than just make polite conversation; they act like they want to be your friend. A friend is defined as “a person attached to another by feelings of affection or personal regard.”

Friendly is first recorded before the year 900, making it one of our oldest words. It comes from the Old English word fr?ondl?c. (Fr?ond meant “friend, lover, relative” back then.) Fun fact: the words friend and fiend are just one letter apart, but what a difference one letter makes when it comes to who you want by your side!

If you want to get a little fancier, you can throw out the word copacetic. It’s a slang term that means “fine; completely satisfactory; OK.” When you hear chaos coming from upstairs where your teen is gathered with their friends, they may reassure you that everything is “copacetic.” Whether it is or not is up to you to determine.

It’s a relatively new word with first evidence of it dating back to around 1915–20. It’s an Americanism, but beyond that, its origin is unknown.

This is why being a “nice guy” is often the kiss of death. When we describe someone as “nice”—especially if there’s a long pause before—what we probably mean is boring. It is first recorded in 1835–45 and stems from the word bore, which when used as a noun is defined as “a dull, tiresome, or uncongenial person.”

If you don’t want to be quite as blunt as boring, you could choose to use the word prosaic to describe something without much of a wow factor. Its definition is similar (“commonplace or dull; matter-of-fact or unimaginative”), but it has more of a formal flair. For example, if you’re discussing an opera you just saw that was a bit of a snooze-fest, you might say it was “prosaic” rather than “nice.”

Hearing someone say that they had a lovely time at your dinner party feels much more genuine than hearing that they had a nice time. And there’s sure to be a little more pep in your step if someone tells you that you look ”lovely” instead of just “nice.” It packs more of an emotional punch and feels more intimate.

First evidence of this word goes back to before the year 900. It stems from the Old English word lufl?c, which means “amiable.”

Your trip to the Grand Canyon, that date that went just right, or a special afternoon with your grandma—all these things may be nice, but memorable might be a better word to describe them. Of course, memorable isn’t always a positive thing (you’ll likely never forget the time you got food poisoning from that hole-in-the-wall restaurant), but it’s more specific than nice.

Memorable is recorded in English around 1400–1450. It is derived from the Latin word memor?re (“to bring to mind”).

No need to nix nice all the time

Sometimes, nice will suffice just fine. It’s a perfectly fine word (don’t get us started on fine!), and we’ll take nice over mean any day. But there are also a whole lot of other wonderful words out there to spice up your vocabulary and more accurately convey your emotions. Now, isn’t that nice (great/helpful/awesome/exciting/enlightening)? 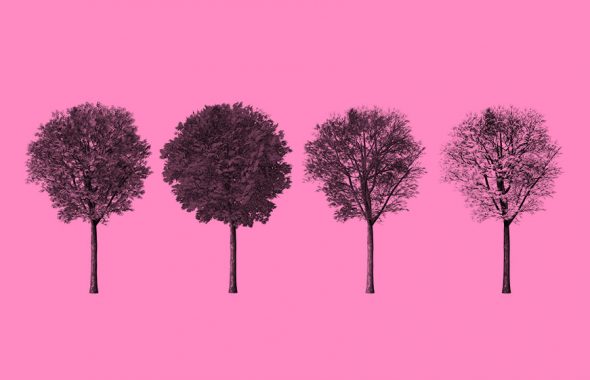