Feedback
Previous “Didactic” vs. “Pedantic”: Are They Synonyms? Next 8 Ways To Confidently Say "I Don't Know"

One of the first insult words kids learn (and then use ad nauseam) is dumb. Cries of “You’re dumb!” echo across preschool playgrounds, bested only perhaps by “poopy head” and the like.

It’s the diaper-clad set’s version of a four-letter word, but unfortunately, many adults revert to using it as well, calling everything from the weather to politicians to themselves dumb, when that’s not really what they mean.

What does dumb mean anyway?

The word dumb itself is quite old, with its first recorded use dating back to before the year 1000. It’s a cognate with the Old Norse dumbr, Gothic dumbs, Old Saxon dumb, Old High German tump, and German dumm.

Dumb originally meant “lacking the power of speech” or “temporarily unable to speak.” People who could neither speak nor hear were labeled deaf and dumb or deaf-mute. From there, dumb developed a sense that means “lacking intelligence or good judgment; stupid; dull-witted.” As a result, the association with ignorance makes this word extremely offensive to people who are deaf or hard of hearing.

Given this history, dumb isn’t the smartest choice of words—by far. It sounds childish at best, and there’s usually a better, more accurate word to be used.

Words to use instead of dumb

It’s never OK to insult people—especially if the words used are associated with marginalized groups. But if you’re stuck in a situation that calls for you to explain why you dislike a person, thing, or idea, we have some smarter alternatives for you.

Teenagers are notorious for calling classes, homework, people, and other things they don’t like dumb, when in fact what they probably mean is dull or boring. AP Calculus is anything but dumb. But dull? Yeah, maybe. Interestingly, the word dull, which dates back to 1200–50, stems from the word dol, meaning “foolish, stupid.”

Speaking of foolish, that’s another good substitute for dumb. Defined as “resulting from or showing a lack of sense; ill-considered; unwise,” it’s more specific and less of a blanket statement about someone’s overall level of intelligence. For example,  you might tell your child it was foolish to think they wouldn’t get caught trying to hide ice cream under their bed. (If only this worked … access to ice cream day or night sounds pretty smart to us.)

If you mean that someone is rendered unable to speak, then speechless is the preferred word. Other words that may work as well include dazed or silent. You may even want to use dumbfounded.

Silly is a much softer way of acknowledging something or someone that’s a bit foolish. For example, calling someone your “silly little sister” is a lot nicer and probably more accurate than calling her your “dumb little sister.” The word’s origins, however, are pretty harsh. First evidence of silly appears around 1375–1425. It was previously spelled sylie and sillie, meaning  “foolish, feeble-minded, simple, pitiful.” Ouch.

We can’t always be right, and it’s okay to admit when we’re wrong. Being wrong about something doesn’t make someone dumb. Also, telling someone they’re wrong is a lot more specific than just saying they’re dumb, especially if you have facts to back up why you believe that to be.

It doesn’t mean you or someone is dumb for making a mistake; it may mean, however, they were careless. If the situation calls for it, give people some grace and avoid the word dumb by saying something like, “That was careless not to put the lid on the milk.”

If you want to sound smart, while calling someone, well, dumb, use the word gormless. Borrowed from the British, it means “lacking in vitality or intelligence; stupid, dull, or clumsy.” First evidence of the word was recorded around 1880–90, as a respelling of the word gaumless, which stems from the word gaum, meaning “heed, attention,” and the suffix -less.

When someone doesn’t know something, it’s not that they’re dumb, but rather that they are “lacking in knowledge or training; unlearned,” which is the definition for ignorant. Even highly intelligent people can be ignorant. First evidence of the word was recorded in 1325–75. It stems from the Latin word ign?r?re, meaning “to ignore.”

WATCH: What Is The Difference Between "Stupid" And "Ignorant"?

Stupid is a harsher form of dumb, and sometimes people and things are, in fact, stupid. (The decision to drive drunk is one that comes to mind.) First evidence of the word dates back to 1535–45. It comes from the Latin word stupidus, which is equivalent to stup?re, meaning “to be numb or stunned.”

If you truly want to classify someone as not being smart, then unintelligent is a much better choice than dumb. However, unless you have someone’s IQ stats, that’s difficult to determine, especially since there are various types of intelligence that go beyond being traditionally book smart.

Vacuous is a fancier-sounding word you can use. (Say it with the wave of your hand for emphasis if you like.) While the first meaning of the adjective is “without contents; empty,” the second is “lacking in ideas or intelligence,” so both are appropriate. The word comes from Latin stemming from the word vacuus, meaning “empty.” It was first recorded around 1645–55.

While there are probably times that you might need to use the word dumb (dumb luck!), in most cases, there’s a word that will do much better. In other words, don’t dumb down your language when there’s such a wide array of smarter words you can use.

Train your brain to be more nimble and clever by eliminating another word we just don’t need most of the time. Try these alternatives for the word just.

Previous “Didactic” vs. “Pedantic”: Are They Synonyms? Next 8 Ways To Confidently Say "I Don't Know"
RELATED POSTS 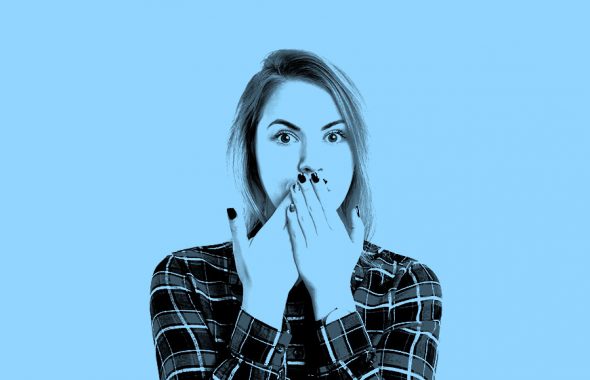 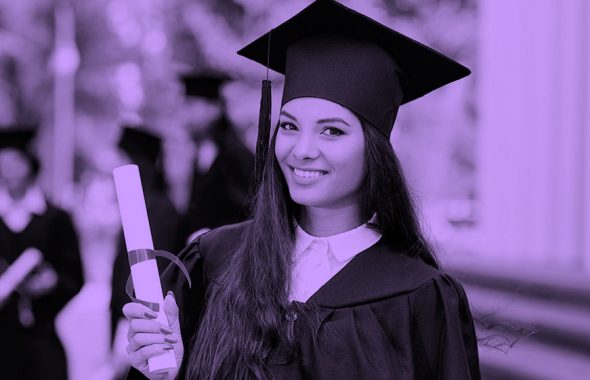 Home / Ways To Say / Don’t “Dumb” Down Your Speech: Use These Words Instead Of “Dumb”