Has someone ever asked you to refer to them as they instead of he or she? Or, are you hedging because you can’t possibly refer to one single person as they? Well, what if we told you that they has been used to refer to just one person since at least the 1300s?

And what if we also told you themself is perfectly acceptable—and in many instances, absolutely respectful? In fact, forms of singular they have become so acceptable (and respectable) that our lexicographers overhauled our entries for they, them, their, theirs, themselves, and themself as part of our biggest dictionary update ever at Dictionary.com.

How can they be a pronoun for one person?

Language teachers instruct us on the basic pronouns. Those are the words in a language that can be subbed in when nouns (people, places, or things) aren’t up for playing … or when it just takes too much time to say the full noun form.

In English, I, he, she, you, and it are all pronouns you surely learned along the way. Maybe you also learned that they were used to refer to singular nouns, i.e., words that describe just one person, one place, or one thing. I am going to eat chocolate for breakfast is a sentence that you automatically know is just about you, the one person who is living their best life with a decadent daily treat.


But, notice how we just used they when we were talking about a whole bunch of things? Grammatically, they is used as a plural pronoun, a word that’s used to describe multiple people, places, or things. They all read Dictionary.com, for example, would probably mean a bunch of really cool logophiles sat around on a Friday night looking for definitions together, right? (Hey, we tried).

They is not only a plural pronoun

They is also a singular pronoun, and it has been for centuries. Lexicographers have determined that as far back as the 1300s, they and its related forms have been used to refer to an indefinite referent—that is, an unspecified, unknown person.

For example: Each student should get their supplies ready for class. Each student is singular, but we don’t know (or need to know) the gender or sex identity of each student in this situation, so their is a perfectly handy gender-neutral option.

Chaucer, Shakespeare, Dickens, Austen, and many other beloved writers of the English literary canon used this indefinite singular they. If it was good enough for them, then we say: chill out, modern grammarians. Opposition of the usage is considerably waning these days, though, we should note.

But, English speakers have been breaking new ground when it comes to they, resourcefully applying this to a specific and known singular, e.g., My best friend from high school is famous now—too bad we didn’t stay in touch after they moved to California.

Singular they is vital for many nonbinary and gender-nonconforming people

What’s more, they is an extremely important, powerful, and useful way for people who are nonbinary—don’t identify with the binary genders of female and male to describe themselves—because they is not explicitly gendered.

Discover many more ways the LGBTQ community is transforming the English language in our Gender & Sexuality Dictionary.

Our definition for they now devotes a separate definition for each of these three distinct uses of they as a nominative singular pronoun. We’ve also added the relevant senses to the other grammatical forms in the pronoun paradigm: them, their, theirs, themselves, and themself.

We know this is a hefty grammar lesson, but it’s important, especially so that we don’t gender or misgender people who are nonbinary or gender-nonconforming. So, stay with us: we’ll explain all these forms below. And you should be sure to consult the incredibly informative Usage Note our dictionary editors have also provided at our entry for they, detailing even more history and context about this versatile, evolving form in speech and writing.

What pronouns should you use when referring to a nonbinary person?

Sharing our pronouns—as the practice of divulging what pronouns you prefer to use for yourself is called—is a way of sharing our gender identity with the world. You might identify as female and ask that people refer to you as she/her/hers. Or, maybe you identify as male and your friends use he/him/his when they talk about you. For a person who asks you to use nonbinary they (as well as when you need to use a gender-neutral pronoun), use the following grammatical forms:

Use they to indicate a nonbinary or gender-neutral subject (doer) of a verb (action) instead of he or she.

For example: They cook an amazing lasagna or They have an important meeting at noon.

Use them to indicate a nonbinary or gender-neutral object (receiver) of a verb or preposition, instead of him or her.

For example: I sent them a birthday card or I went to the summer pool party with them.

Use their or theirs to indicate a nonbinary or gender-neutral person has possession, instead of his or her/hers.

For example: They gave me their extra ticket to the concert or That package at the door is theirs.

In grammar, a reflexive pronoun is used when a subject and object (of a verb) are referring to the same thing or person. It is also used when the object of verb is referring back to the subject. (Yep, grammar gets abstract, so check out the examples below.)

There are several options people use for a singular, nonbinary, gender-neutral reflexive pronoun: themselves and themself as well as, less commonly, theirselves and theirself.

Themself? Now isn’t that just taking things too far? Absolutely not. For one thing, themself referring back to both a plural or singular generic/unspecified antecedent is almost as old as singular they in the written record: it’s recorded around 1350–1400, if considered nonstandard today. In these two contexts, themselves is preferred over themself (and over theirselves).

But nonbinary themself? Acceptable, respectable—and standard. We’ve given its proper due with its own entry, which you can find with our new, second definition at themself, also added in our sweeping update: “reflexive form of singular they, as used to refer to a nonbinary or gender-nonconforming person.” For instance: Chris only posts memes that they created themself.

And as our Usage Note at themself explains:

When themself is being used as a part of a set of pronouns (including they, their, and them) that refer back to nonbinary or gender-nonconforming individual, it is a grammatical option to express reflexive meaning. Neither plural themselves nor gendered himself or herself completely suffice in this context. The grammaticality of nonbinary singular themself in this paradigm follows logically from the acceptability of singular they in this function: Andi is learning to put themself first, and prioritize their own happiness and mental health.

Does singular they take a singular or plural verb?

Keep in mind that, when referring to a nonbinary or gender-nonconforming person by name, you use a singular verb. For instance: Jess cooks an amazing lasagna inspired by their grandmother’s recipe. They love making modern twists on traditional cuisine. Also keep in mind that, while singular they widely takes a plural verb, some individuals who identify as nonbinary may individually prefer using a singular verb with singular they: They cooks an amazing lasagna. If you don’t know someone’s preference, ask!

But, we know what you’re asking: a singular pronoun but a plural verb? Sound inconceivable to you? You do it everyday. We all do it. In fact, the pronoun you was originally only the plural form for the second person. By the 1700s, you had largely supplanted thou as the singular pronoun for the second person—and it took a plural verb with it, as in We trust you can handle singular they.

Singular, nonbinary they is about much more than just grammar

Neither sex nor gender is inherently binary in humans, and having a pronoun which can correctly identify non-binary people helps us communicate clearly and respectfully with each other. The singular, nonbinary they has been used for centuries, and while many commonly use plural verbs with the pronoun they, you can also use a singular verb, as is done with the pronoun you. At The Trevor Project, many of the young people we serve and the staff members of our organization use they pronouns to be seen and recognized for their true gender identities, regardless of their gender expression.

So, next time someone asks you to use they in the singular, tell them you’re on board. The dictionary approves! And, for more from Rory Gory and gender-inclusive language, check out “How The Letter ‘X’ Creates More Gender-Neutral Language” and “Why Is ‘Bisexual Such A Charged Word?”

The language around gender and sexuality has exploded in recent years, and one of the key terms at the heart of it is nonbinary. Learn more about it in our article, “What Does The Term ‘Nonbinary’ Really Mean?” 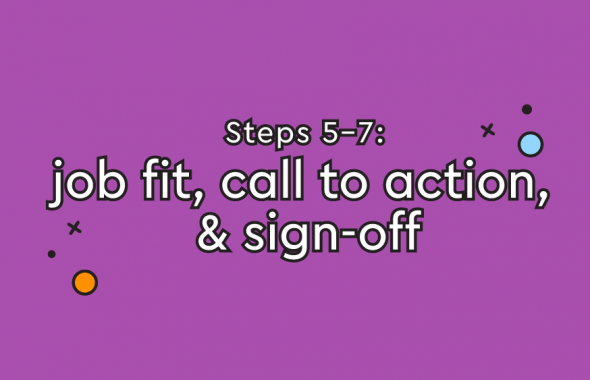